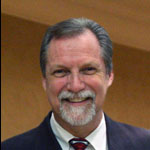 The Rev. Dr. Byron Spradlin is founder and president of A.C.T. Canada, a missions & ministry sending board for artists and creatives.  He is a musician, published songwriter, Bible teacher, church planter, pastor and professor; and an international specialist on worship, imagination and arts leadership.  He regularly disciples artists; and encourages pastors and missionaries concerning innovation in ministry.  www.ACTinternational.org

The mission board he directs currently has over 230 artists doing creative Kingdom ministry touching over 31 nations.  A.C.T. Canada is also incorporated in Canada and Brazil.  And lately he has been helping mission agencies and churches become more friendly places for artists. Byron@ACTinternational.org

His ministry experience ranges through almost 50 nations, and from arts in missions and ministry, to Jewish & Muslim Evangelism, to church planting, to worship ministry and coaching, and the theology of worship, imagination and the arts.

His wife, Pam, and he have been married for 39 years; and their two grown children are married, and they have four amazing grand children.

His heart is to see people find forgives and rightness with God through Jesus Christ, and grow in a companioning worship walk with HIM daily. 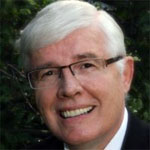 Dr. Warwick Cooper is an experienced communicator and Pastor with over 30 years of experience in Christian ministry. He and his wife served as missionaries in Asia for many years before returning to Canada to begin a pastoral ministry. He has travelled broadly and spoken in many churches throughout North America.

At present Warwick serves on the staff of The Peoples Church in Toronto as the Pastor of counseling and family Ministries. For many years he also directed a Marriage and Family Counseling Service. He conducts seminars across Canada with Walk Thru the Bible Ministries as well as the Association of Christian Schools International in Canada and Haiti. 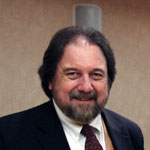 Doug McKenzie is a 30+ year veteran of the Entertainment Media industry having founded and built one of Canada’s largest, multi-award winning television / film postproduction studios, and having co-founded an Academy Award and Emmy Award winning technology group based in Toronto and Los Angeles. In 1988 Mr. McKenzie received the Certificate of Merit in Canada’s Awards for Business Excellence from Industry Canada. Later Mr. McKenzie served as President of divisions of Maclean Hunter Ltd. and Rogers Communications Inc. respectively, and as Vice Chair of the Task Force for the Implementation of Digital TV as commissioned by Heritage Canada. In 1998 he created and forged a partnership with Sheridan College, Sony of Canada, and SGI in the establishment of Sheridan’s Advanced Television Program. In 2007 Mr. McKenzie was the Producer of the live, theatrical stage production, out of Israel, at Toronto’s Centre for the Arts called, THE COVENANT.

He is a former member of the Maclean Hunter Broadcast Executive Committee. From 1998 to the present, through Advanced Media Group Corp., Mr. McKenzie served as an industry advisor and as interim CEO to organizations such as Visual Bible International of Nashville, and Crossroads Christian Communications Inc. (NFP/Charitable) of Burlington. Among other charitable groups, he is currently a director on the board of governors of Amazon Focus (Chairman / serving Amazonian Tribal Peoples), Visionledd (Treasurer / serving victims of HIV/AIDs in Africa), and Tyndale University College & Seminary (14 years, now as Honorary Director).

More recently he has served as Strategic and Development Advisor in the establishment of the Christian Performing Arts Centre in association with Church on the Queensway, and as a Production and Strategic advisor to Trillennium Media Group at the CHCH TV studios in Hamilton, ON.

Late 2012: Appointed to position of CEO, The Voice of the Martyrs Inc., (Canada) 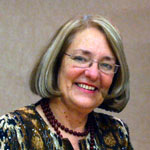 Annette Cooper is a creative Bible teacher, who has taught in over 40 countries around the world.  She is a musician, visual artist, designer, poet, writer, international photographer, and all-round cultural creative ministry entrepreneur.

The Story of ACT Intl